Which type of currencies does Currency Converter+ offer?

Currency Converter+ can convert to many currencies, including:

You can select the currencies you want to display in your store drop-down list easily from the app preferences dashboard page, within the Currency list and geolocation section: 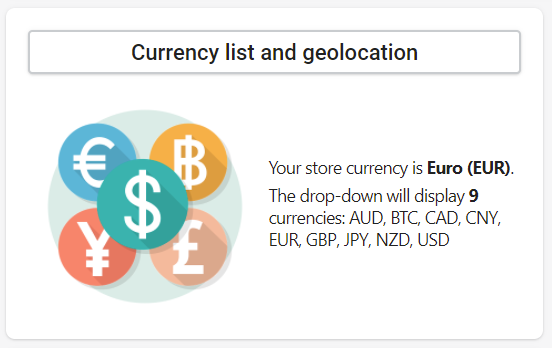 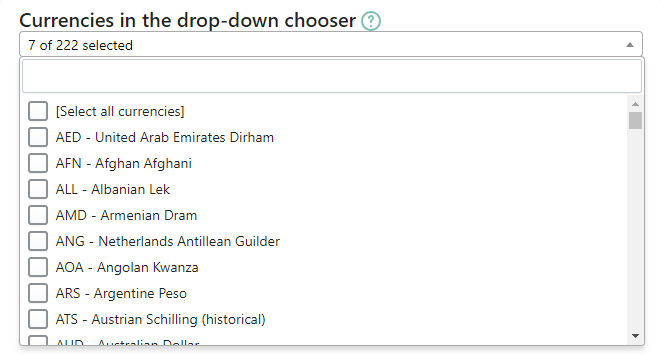 Historical currencies, cryptocurrencies and precious metals can be easily filtered by the search field, as in the following searches for historical: 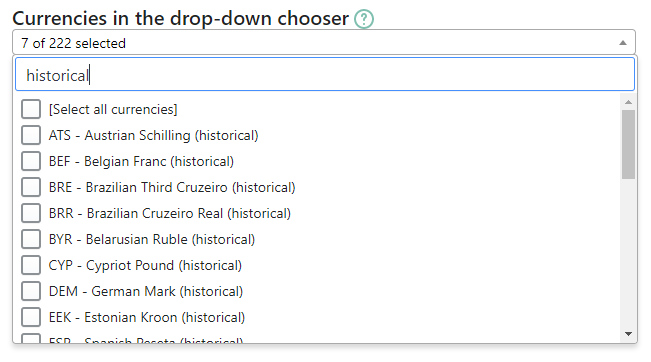